Recently I had the honor to speak at the wonderful pitercss_conf in St. Petersburg, Russia. My talk was about Web Typography and also covered the proper use of punctuation marks, like quotes and dashes. I wanted to make it as useful as possible, for the mostly Russian participants, so I researched the local typographic conventions and keyboard shortcuts you can now find in this article.

Please bear in mind that I can neither speak, nor write Russian. I researched this for my talk very precisely and checked the results with local typographers. But everyone can make mistakes, so if you find an error, please point it out in the comments and I will correct it.

The typographer’s choice for quotation marks in Russian are the French «Guillemets». For nested quotes, it will be these „curly quotes“ (opening on the baseline and closing on top, in German these are the primary ones). The following images show you the shortcuts for  Russian keyboards, find those for English and German keyboards on Typefacts. 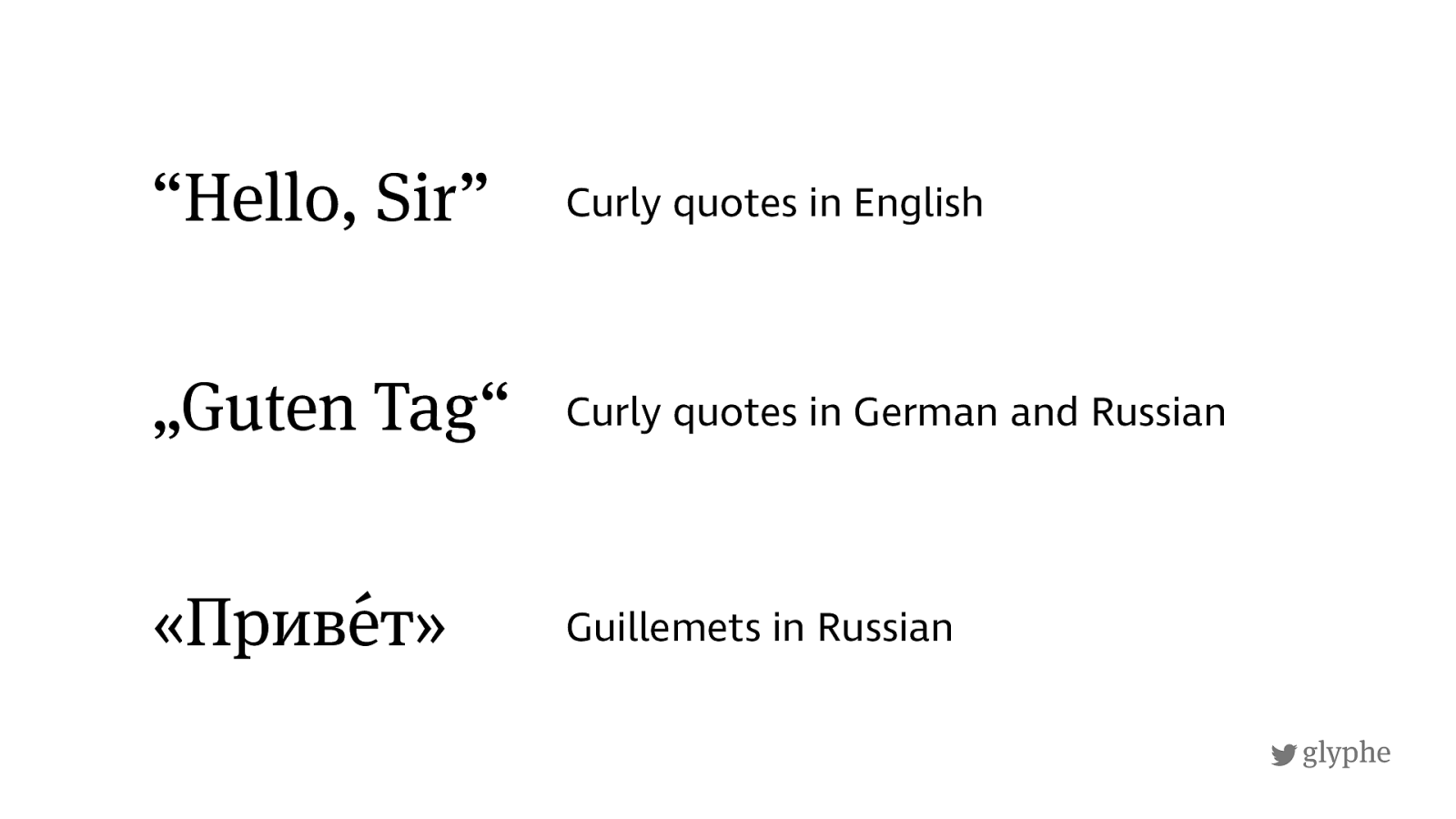 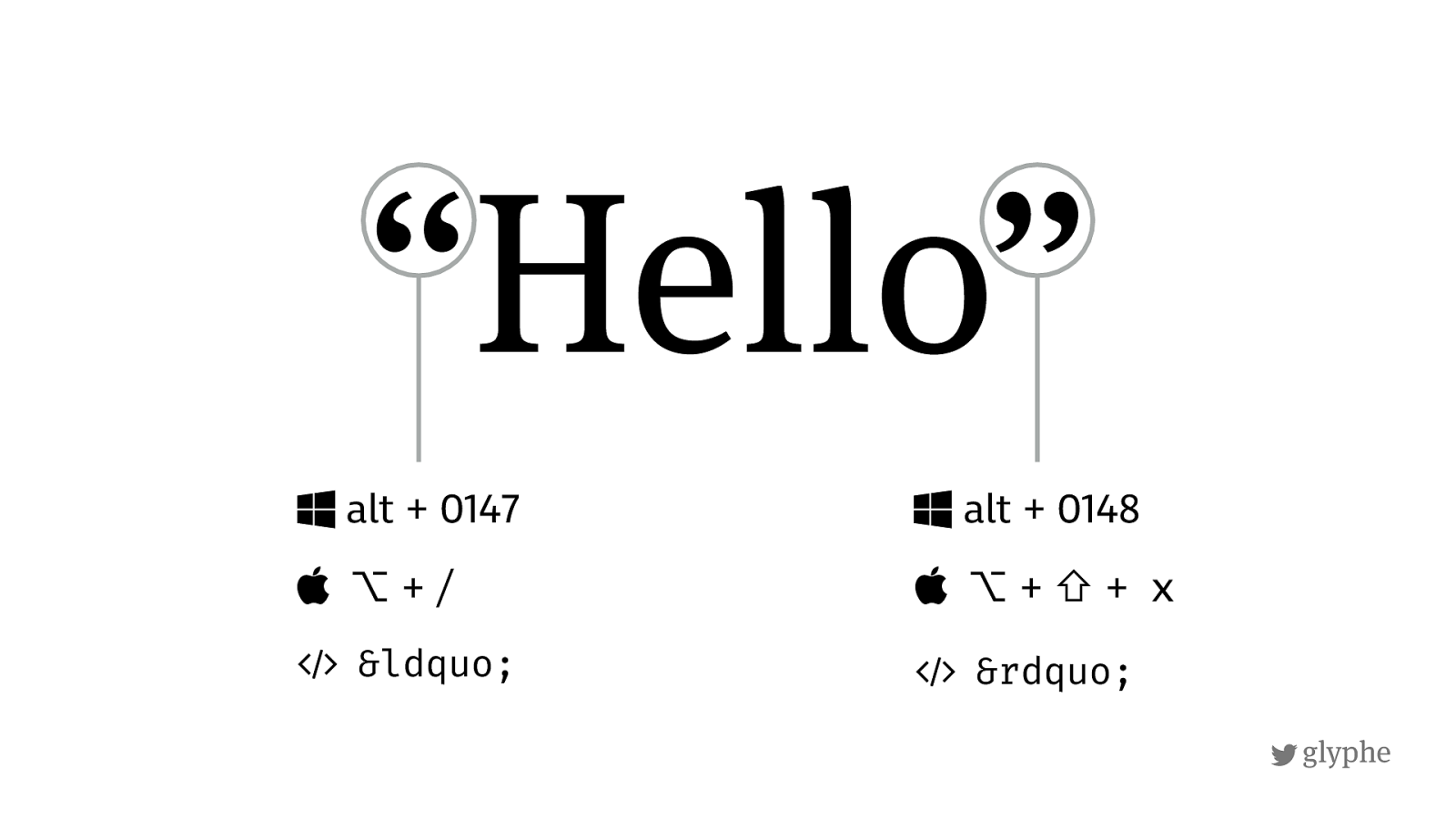 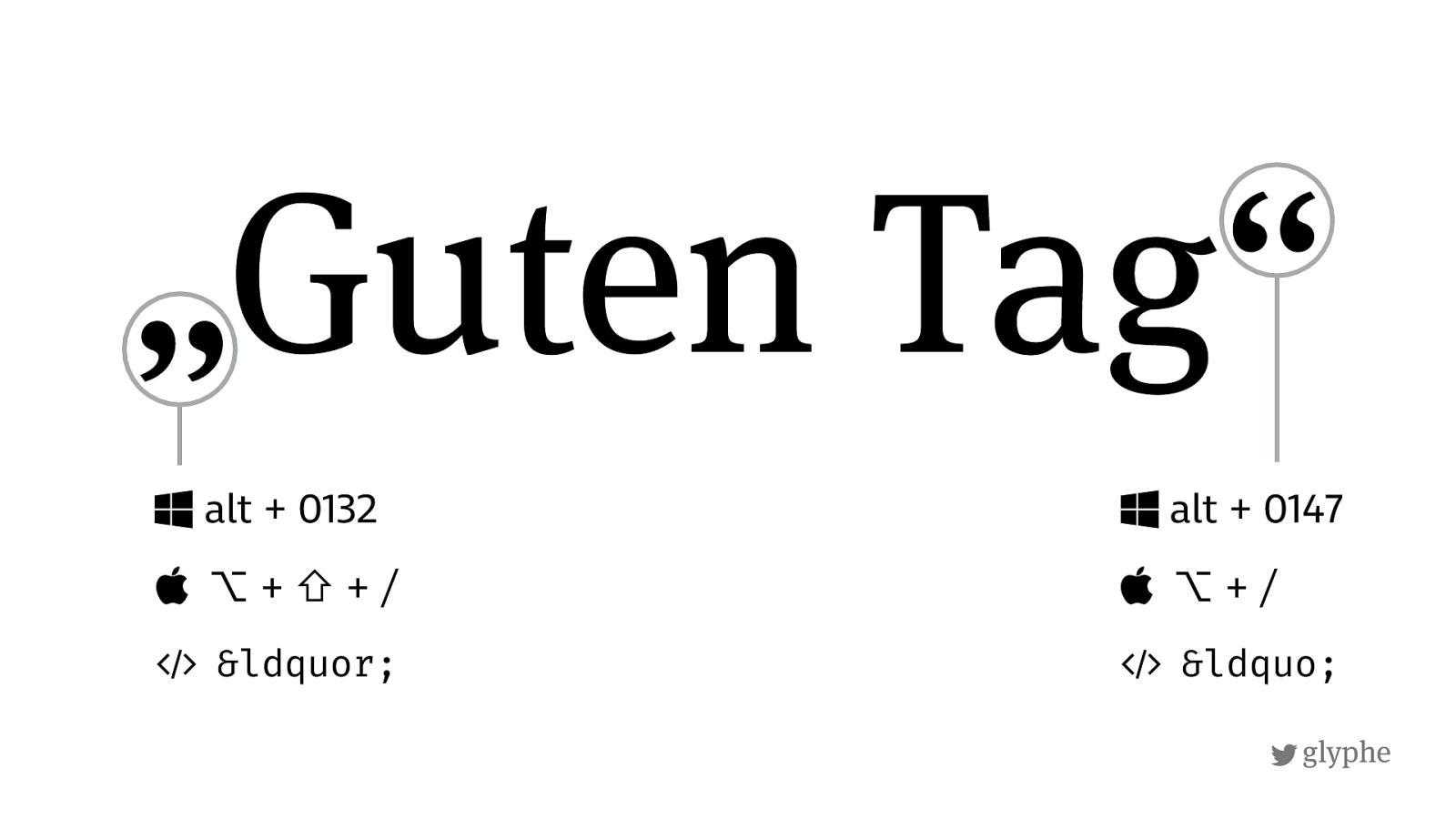 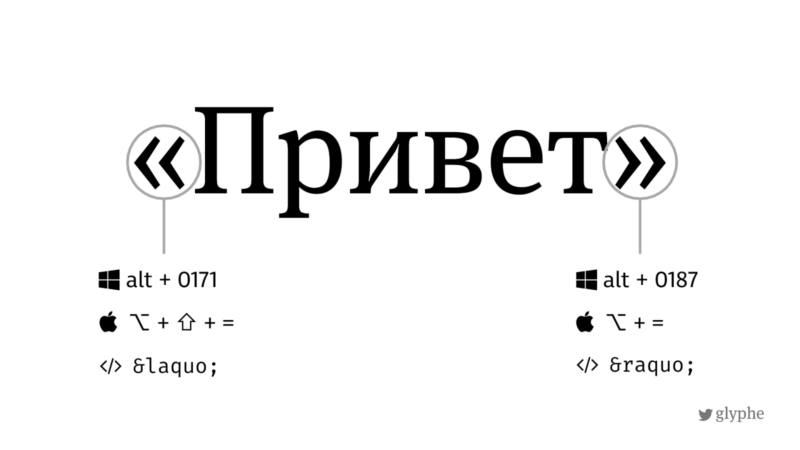 One interesting thing I found out about the Russian language is, that when direct speech starts on a new paragraph, dashes are used instead of quotation marks. Which brings us to the next point.

There are three kinds of dashes used in Russian typography: 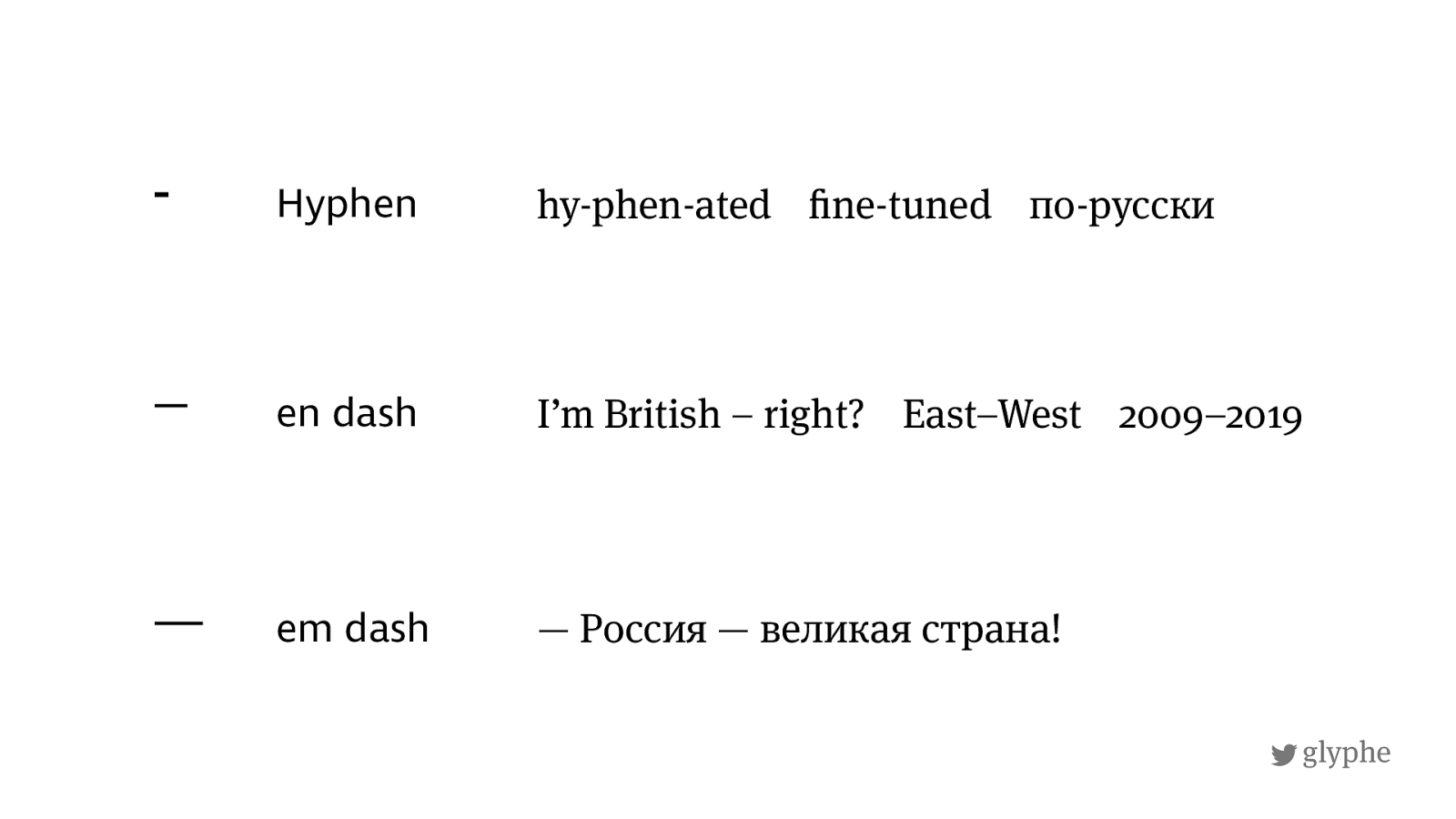 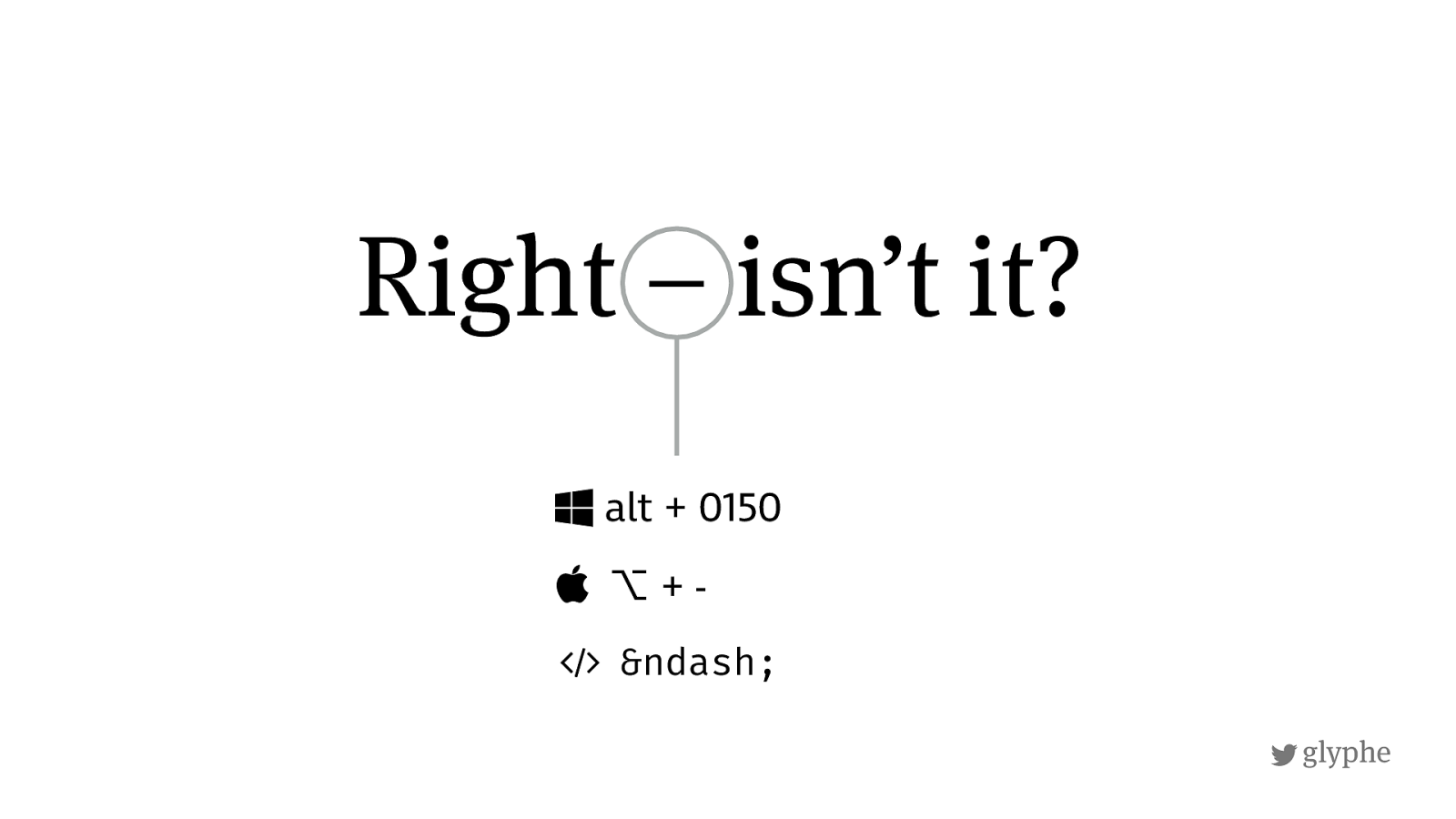 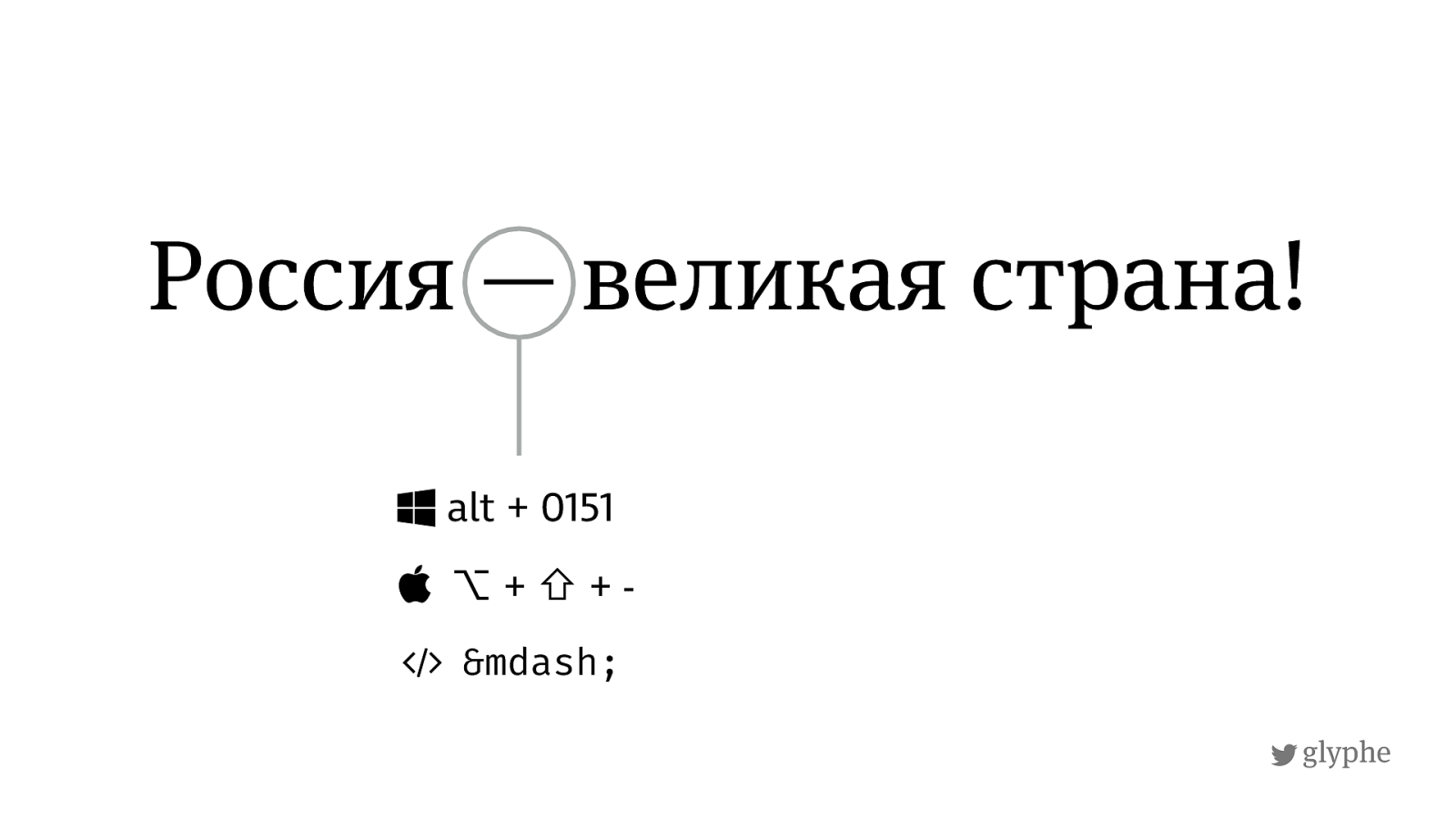 Even though I could not read it, I saw the em dash a lot in Russian. Besides the use for starting quotes and marking an abrupt change of thought in a sentence, it is also replacing the word “to be“. Being used to the shorter en dash in German and Britsh typography, the long em dash looks very disruptive to me, but I guess it’s just what you are familiar with. Please also pay attention to the spaces around the em dash. This might be pretty irritating to people used to American writing style where there are no spaces added to an em dash. And yes, also Russian typography there is a fourth dash – it’s the minus, but you would not need that expect in you text except for mathematics.

If you want to dig more into it, here I have some resources for you:

Pimp my Type a personal project by me, Oliver Schöndorfer. I’m a freelance UI & App Designer from Austria, deeply in love with everything type. If you think my content and enthusiastic style fits your podcast or event, drop me a line!